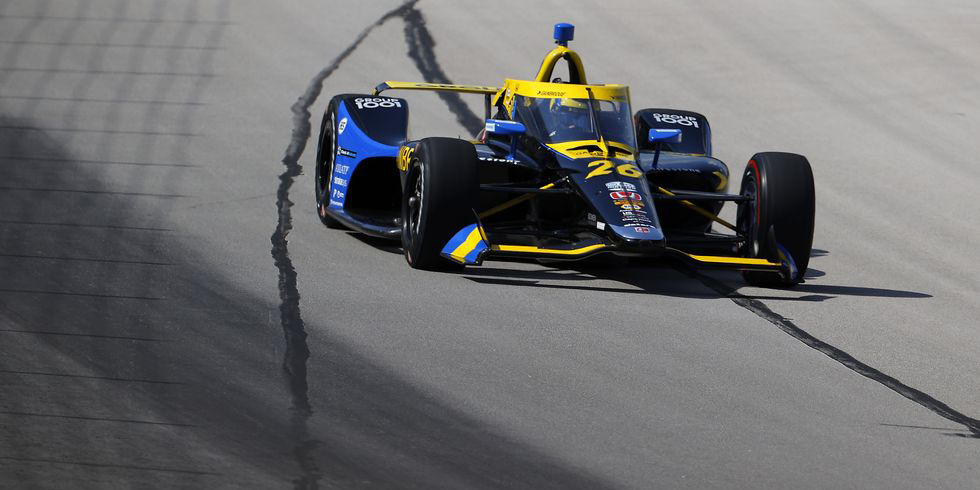 Zach Veach rose to the challenge with a strong fourth-place finish in the NTT IndyCar Series season opener on Saturday night at Texas Motor Speedway.

And it wasn’t by chance for the 25-year-old Ohio native.

Piloting the No. 26 Andretti Autosport Honda, Veach was among the better performers during the day’s lone practice session, ending fourth quickest when track temperatures soared to over 133 degrees Fahrenheit. That pace would prove to not be a fluke after he qualified fifth out of 24 drivers.

Once the green flag dropped for the 200-lap contest, Veach remained a consistent player around the top five throughout, even leading two laps during the cycle of pit stops. While the pace to challenge for the win wasn’t quite on the table, it was enough to provide the six-car Andretti Autosport team its only top five on the night.

The outing for Veach also matched a career best, which came during his rookie season at Long Beach in 2018.

“Really, really good night here in the Gainbridge Honda,” said Veach, who has nine top-10 finishes in 37 IndyCar starts. “I wanted to start 2020 off good because 2019 was so rough, and we came out here to Texas and got a top-four and started fifth. I’m just very happy.”

“This kind of momentum will be great to go into the Indy GP (on July 4) and hopefully have the season we’ve been needing to have. The guys did an awesome job. My engineer, Mark Bryant, the car was amazing and all my pit crew: They were awesome for everything, and that played a big part in a race with not many passes. I’m just happy, and a big thank-you to Andretti Autosport.”

Veach also received praise from teammate Colton Herta, who endured an eventful night of his own, charging from 14th on the grid to finish seventh.

“I’m happy with that to start the year for the 88 Capstone Honda,” said Herta, a two-time winner as a rookie in IndyCar last year. “I don’t think we had the car to win today, but we got a lot out of it. Congrats to Zach. He did a really good job.

“I’ll take a P7 from starting P14. We have some stuff to work on, but, again, great points to start the year and go off of this for the rest of the season.”