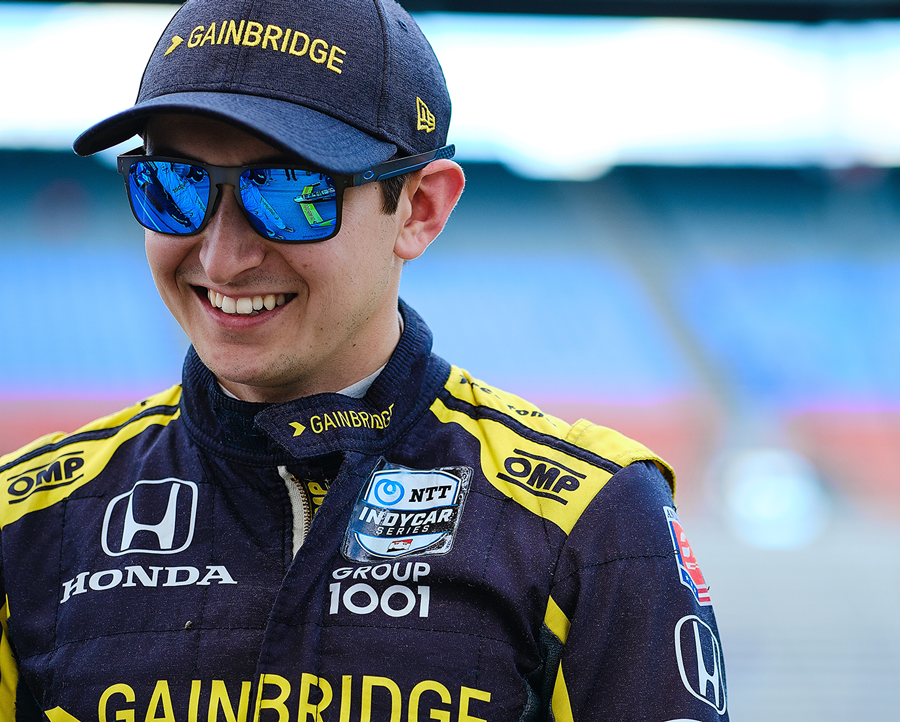 Zach "Ziggy" Veach is a race car driver for Andretti Autosport in the NTT IndyCar Series.

In 2012, Veach won the Formula Car Challenge presented by Cooper Tires Winter Series championship, using four race wins and four pole positions to capture the title. In 2011, Veach won the USF2000 Winterfest Championship and was voted the "Most Popular Driver in USF2000," on the heels of being named by ESPN The Magazine as a NEXT athlete in the motorsports space as well as a semi-finalist for Sports Illustrated "Sports Kid of the Year" award in 2010.

In just 19 months, Veach had gone from go-karts to the cockpit of an open-wheel Formula BMW machine. Near the end of 2009, while testing a BMW, Veach continued to turn heads, landing a spot to compete in the 2010 Atlantics Championship Series, just months before it seized operations. Michael Andretti then handpicked the teen racer for a coveted spot on one of the most successful American open-wheel teams, Andretti Autosport, beginning with the 2010 season.

In addition to his racing, Veach is leveraging his youth and unusual occupation as a platform to expose fellow drivers to the dangers associated with driving while distracted. He is the developer of urTXT, an Android application that aims to fight texting behind the wheel, developed through his phone-app building company, ZaAPP. He has also campaigned for safer driving in conjunction with Oprah WInfrey's "No Phone Zone" and is the national spokesperson for FocusDriven, an advocacy group for victims of motor vehicle crashes involving drivers using their cell phones, in partnership with the Department of Transportation.

Zach is also an advocate and judge in the Cyber Safety Academy's "No Bull Challenge" along with Dr. Oz and his daughter Zoe Oz campaigning against bullying. The 5'2 teen has also fought on Capital Hill in Washington as part of the Public Health Association's work to secure additional funding in schools to combat bullying.

In late 2011, Zach was added as an ambassador for "Pencils of Promise" alongside One Tree Hill's Sophia Bush and musician Justin Bieber in a Youth-Helping-Youth movement to build and provide schooling to 75 million kids who don't have access to even a pre-school education

Zach released his first book, 99 THINGS TEENS WISH THEY KNEW BEFORE TURNING 16 , in 2011 and graduated from highschool this past Spring 2013.