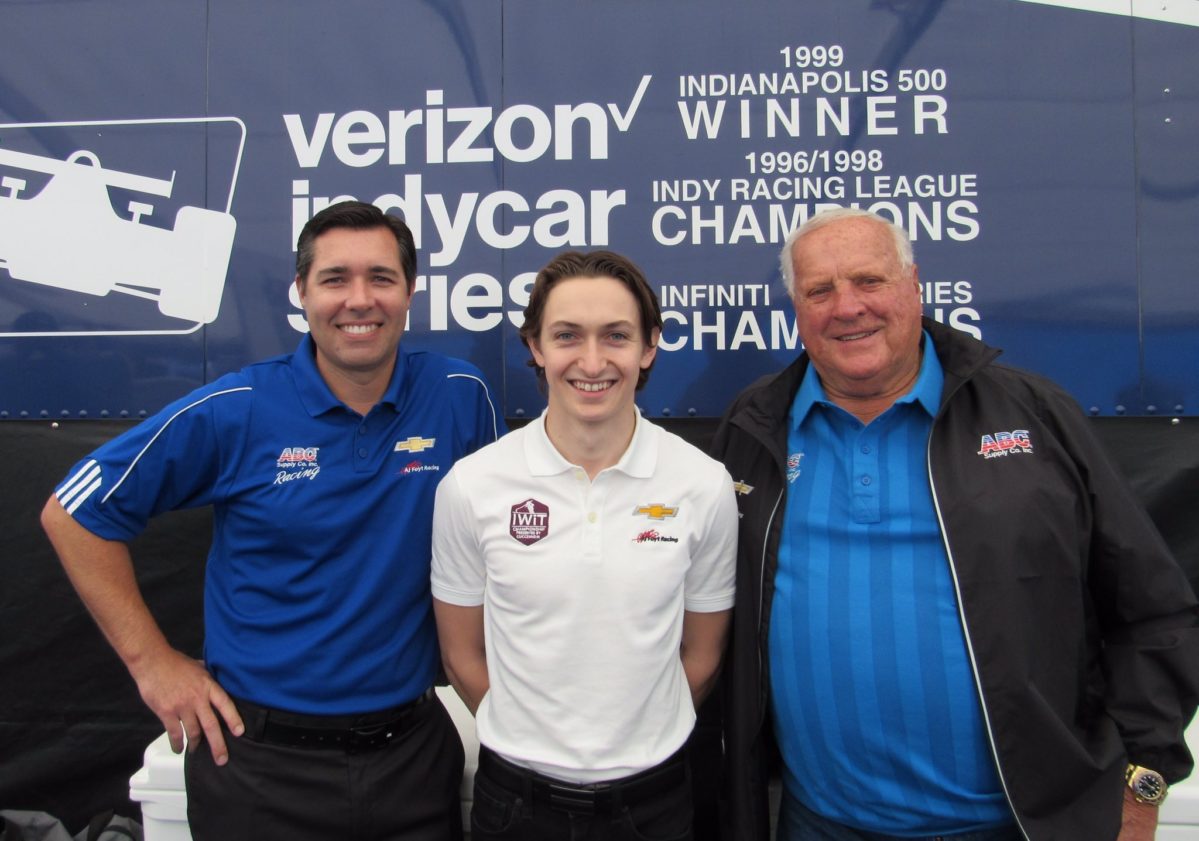 AJ Foyt Racing will add 22-year-old Zach Veach to this year’s Indianapolis 500 lineup, giving the Ohio native a big stage on which to make his IndyCar debut.

“This is getting closer to hopefully completing an 18-year-old dream,” said Veach, who’s earned six wins and six poles in three Indy Lights seasons. “As any young American driver you always think about Indianapolis and of course you always relate the name AJ Foyt with Indy, and that’s something that’s been driving me. To be able to say I’m going to run my first Indianapolis 500 with a team like this, it’s very exciting for me and a goal I’ve been actively working on for 10 years.”

“To be starting things off at Indianapolis, that’s the most important race in the world to me,” Veach added. “Being from a small town in Ohio that’s always been my dream to try and make Veach one of the names around Indianapolis history, and I think this is the best starting point I can have.”

Adding the 22-year-old Veach to a team with two 25-year-olds might make it seem like the team is young, but all three drivers are familiar with the speedway – Veach has two top-5s in his three Freedom 100 starts.

“I’ve always been the type of owner that loved to give the young boys a break,” AJ Foyt said. “I was young at one time, not any more, but one time. Of course, Mother Superior told me we had to put 40 on the car because it’s been 40 years since I won the ’77 race. That’s how we come up with the number.

“We want to win,” Larry Foyt said. “We feel like we’ve got a guy in Carlos Munoz, who showed that he can definitely be there at the end of that race, and Conor’s got some more experience now; we think he’ll be tough. Zach’s got a lot of experience here even in the Lights car around that track. … We’ve been running three cars [at IMS] and we felt like this year would be the first we weren’t going to do it unless the right opportunity came together, and when Zach became available and a great sponsor came up, and we’ve been able to line up some good people for crew and engineering.”

The IWiT Championship will raise funds for the Indy Women in Tech foundation, established by Guggenheim to provide awareness and funding for impactful women and tech initiatives, particularly those focused on robotics, STEM days and career transitioning for those re-entering the workforce.