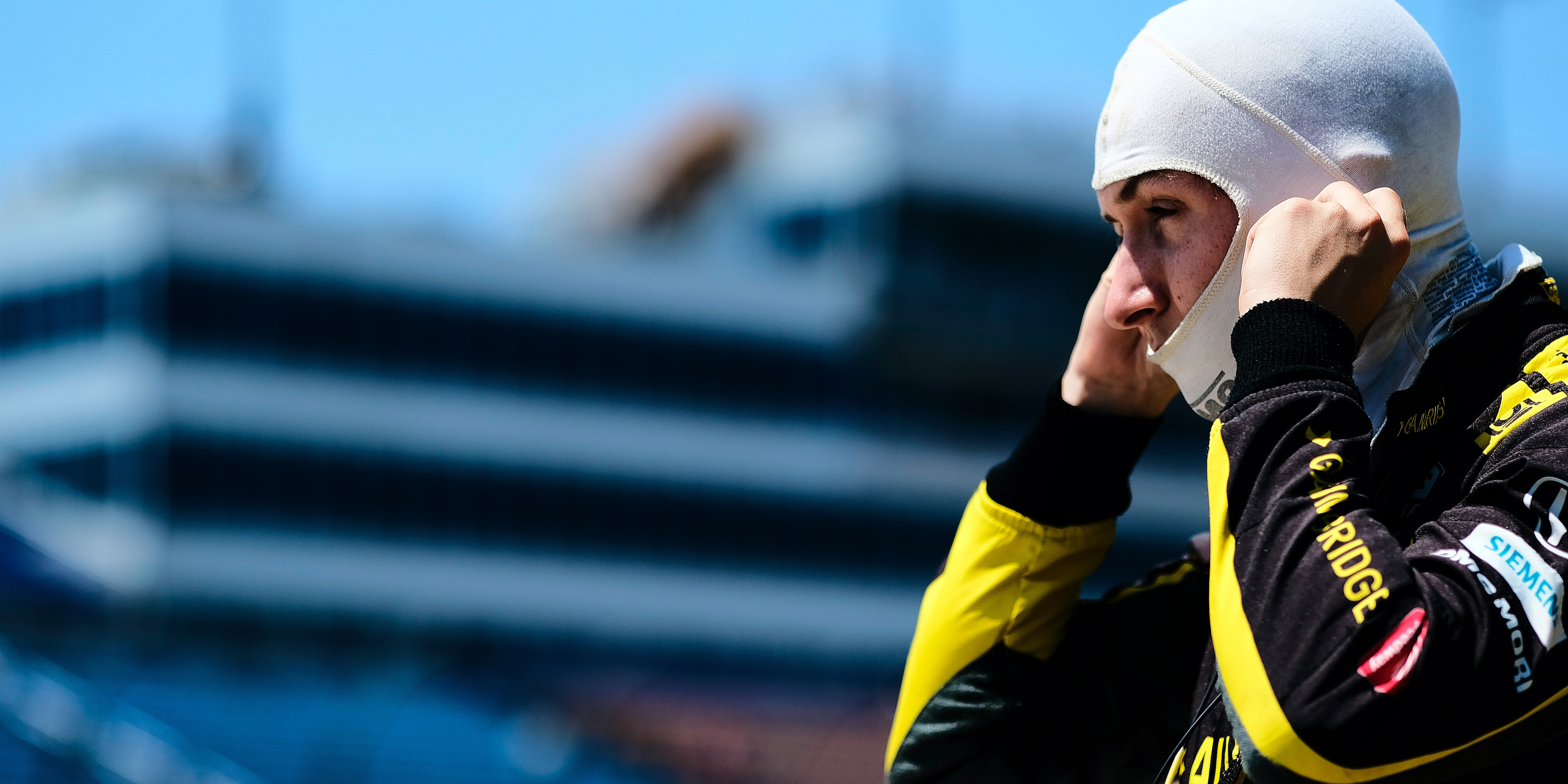 His first two days in Alabama were ugly.

One keyboard warrior took to Twitter to call for Zach Veach to change his last name to Zach “Beach,” because that’s where he was spending all of his time last weekend.

Not exactly constructive criticism but the shot had merit. Though a fair number of his fellow drivers lost control of their cars last weekend — some of that can be attributed to using year-old red tires on Friday — Veach was indeed spending a concerning amount of his weekend in the sand and gravel at Barber Motorsports Park.

The problem is obvious to him now: He was pushing way too hard.

“For me just going over my (data from) last year, my deficits were going into the corner, just rolling that speed on the first entry phase of the corner, so that’s what I’ve been attacking a little aggressively,” Veach said. “And yeah, I was going over it every now and then. I know it looks bad, because we went off track a couple of times, but honestly, I was just pushing to find that edge to consistently run on.”

What was running Veach off track during those ugly practice sessions at Alabama was what’d he been doing to himself all season. The pressure Veach has been putting on himself to improve on his stellar rookie campaign was, in part, to blame for his 14th-place finish at St. Petersburg and 22nd at Circuit of Americas (though an early racing incident with Scott Dixon had him playing from behind).

Veach so badly wants to prove that he possess even more potential than he showed last year, that he was pushing himself in the complete opposite direction: into a sophomore slump.

It makes sense. Given how well he concluded his rookie campaign — four top-10 finishes and his first Fast 6 Shootout appearance in his final six races — expectations were high heading into 2019; both outside Andretti Autosport and within it.

Alexander Rossi was crystal clear about that leading into the season.

“The team is expecting big things from him,” the 2018 championship runner-up told IndyStar. “So yeah, if you asked me who’s going to surprise people this season, I think it’s going to be Zach.”

While Rossi absolutely meant that as a compliment, there’s no doubt those types of expectations apply pressure on Veach to improve. But as most athletes will tell you, no one puts more pressure on them than them.

Veach is no exception. Keeping his expectations in check has been among the biggest obstacles of his sophomore season.

“You ask any athlete in any sport, I think the second year tends to be harder than the first because you’ve done it long enough to have your expectations in place. To say, ‘OK this is where I need to be,'” Veach explained. “Honestly, though, I’ve only done 17-18 IndyCar races. I’m still fairly new in the grand scheme of things. You’re just trying to fill the gaps as well as you can. I think a lot of that for me has been overthinking, over-analyzing how to get the most out of the car. And that’s leading to mistakes.”

“I have always loved Roger Penske’s quote that ‘Effort equals results,’ but it’s got to be the right kind of effort. That brute force we’ve been using in a couple places was just making life that much harder.”

Fortunately for Veach, there was someone at Alabama to tell him to knock off all that worrying: Bryan Herta.

“He just told me to get back to what I know how to do,” Veach said. “And that’s what I did. We had a small off in warm-up, but that wasn’t me. That was just hitting a wet (patch). We were P5 in warm-up and had good pace in the race.”

No kidding. During the race, Veach maneuvered through the pack from 23rd all the way up to 12th for his best finish of the young season. His 11-spot climb up the field was third-best of the day behind only Marcus Ericsson (20th to seventh) and Josef Newgarden (16th to fourth).

The top-half of the field result was both a relief and an obvious indicator of what he needs to do at Long Beach this weekend and throughout the rest of the season. Stop pushing, pushing, pushing and just believe the results will come.

It’s easier said than done, but Veach knows it’s the only way he’ll be successful.

“You want it so badly because you put so much time and effort in and you want to do well,” Veach said. “But sometimes you just got to take that breath and say, I’m not going 120 percent in and force it to make it happen.’

“That’s the whole approach we had in the race … and everything went smoothly. I feel like if I would have had that approach in the beginning of the weekend, we probably would have been better off (laughs). But at least I feel like I found a little bit of a solution.”